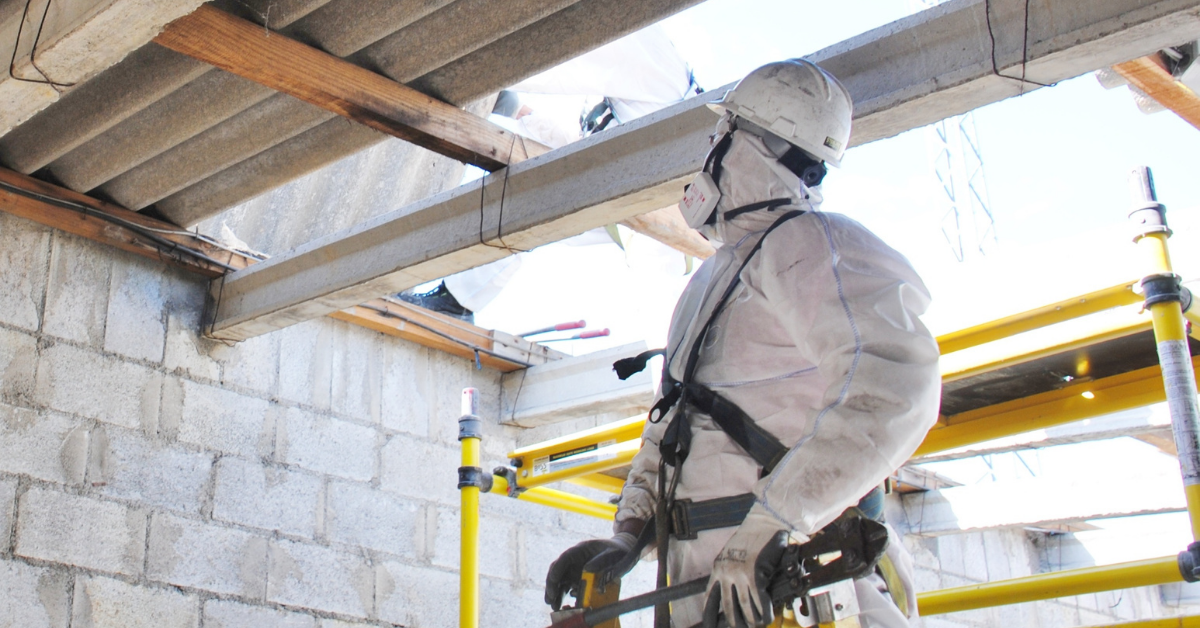 Until the 1970s asbestos was a household name. Predominantly used in building materials during a time where oversight of harmful chemicals was relatively nonexistent, it wasn’t until 1989 that the EPA announced an initiative to phase out the use of asbestos in the U.S. completely. Today, asbestos is far less commonly used. But because many buildings that are still standing were constructed decades ago, asbestos is hardly a thing of the past.

So what do you do when you encounter asbestos in the workplace? First, you need to understand what exactly makes asbestos dangerous and what its presence could mean for your company.

Asbestos is a naturally occurring fibrous silicate mineral. It can be friable, meaning that it can be reduced to powder with just a bit of pressure, at which point its fine, dust-like particles can be released into the air. There are two common classifications or types of asbestos: serpentine and amphibole.

Serpentine or white asbestos is the most common form of asbestos. Its fibers coil, hence the name, and make it more flexible.

Chrysotile asbestos is the only form of serpentine. It was typically used as a binding material used in cement and linoleum. It was also the primary component of roofing tiles and siding, used extensively in construction into the 1970s.

Amosite refers to Asbestos mined in South Africa, where it is still produced. The second leading asbestos after chrysotile, amosite was used as a thermal or chemical insulator, in addition to being added to vinyl tiles and other building materials.

Crocidolite, or blue asbestos, is the most dangerous and carcinogenic asbestos. It was commonly used in pipe insulation, predominantly in manufacturing plants and other industrial buildings.

Anthophyllite, or azbolen asbestos, was harder to come by than the other forms of asbestos, but this doesn’t mean its use wasn’t widespread. In fact, the talc used in talcum products was recorded to have levels of anthophyllite.

Actinolite is the rarest form of asbestos and as such, it wasn’t profitable to mine. However, it can be a trace contaminant in other minerals. As with all other asbestos, actinolite forms in a way that surrounds igneous rocks (like vermiculite). Because of its friability, when a pickaxe breaks into a cluster of rocks, it is more easily airborne.

Tremolite was actually behind one of the worst man-made disasters in history due to this exact scenario. When mining began in Libby, Montana, toxic asbestos dust, predominantly tremolite, was released. As a result, 400 Libby residents were killed and almost 3,000 are still suffering from illness due to exposure. 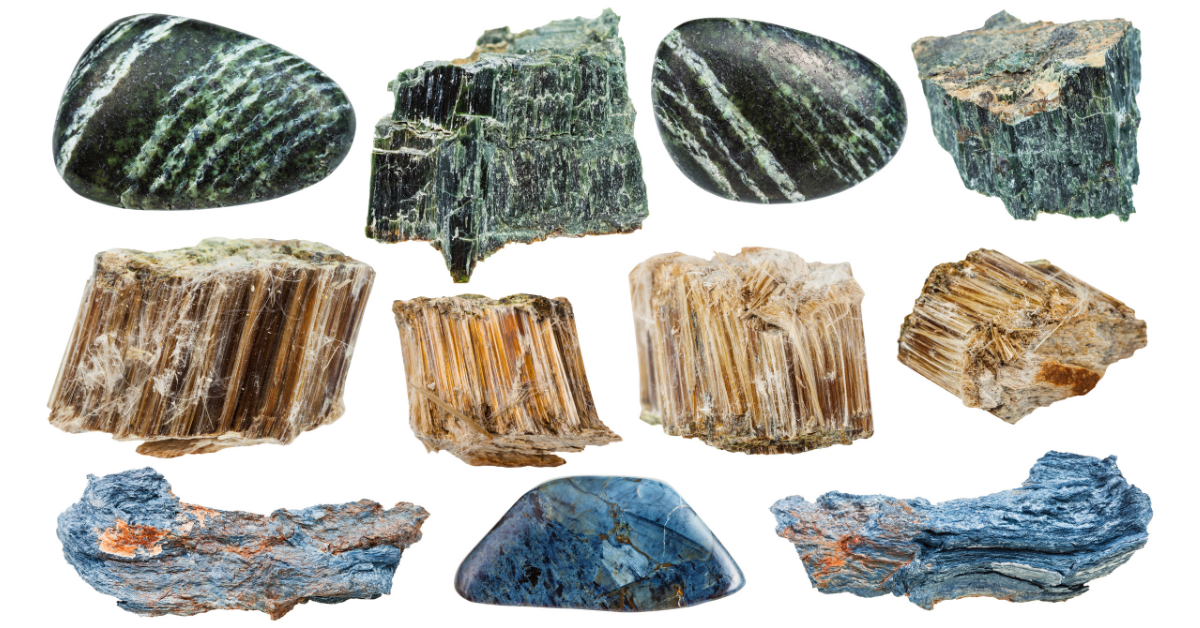 The use of asbestos dates back to prehistoric times. These fibers were often used for wicks in lamps and candles. Asbestos was even used to preserve mummies in Egypt. In most recent centuries, asbestos fibers were used to make purses, paper, and fireproof gear.

Asbestos would find wide success in the Industrial Revolution functioning as an insulator for steam engines, turbines, and electrical generators. Asbestos production and use in North America became increasingly popular, with a commercial mine opening in 1874 in Quebec.

Despite documentation of workers who handled asbestos becoming ill dating back nearly 2,000 years ago, it wasn’t until 1930 that the detrimental effects of asbestos were published by an accredited researcher. Unfortunately, this discovery would do little to impact the asbestos industry until 1971, when the first successful personal asbestos injury claim was filed (and won) in the U.S.

In the case of the Libby Tragedy, where mining for vermiculite spanned from 1919 to 1990, the devastation was not actually addressed by the government until 1999. Even today, the vermiculite sourced from the mines in Libby, which was commercially known as Zonolite Insulation, is still standing behind drywall and paint in many older buildings making the risk of asbestos exposure during a renovation or demolition all too real.

The Toxic Substances Control Act (TSCA) bans the use of asbestos in products that have not historically contained asbestos. Under the Clean Air Act (CAA) it was banned in the use of pipe insulation or in any spray-apply purposes that contain more than 1% of asbestos.

While these are just a few of the good strides made toward a future without harmful chemicals putting the public at risk, there are still several examples of asbestos-containing products that are not banned, including cement, vinyl, clothing, and more. Even if it’s not widely used, asbestos is still present.

New buildings in the United States are not made with asbestos. However, estimates say that as many as 3.5 million buildings built before the 1970s may have asbestos integrated as part of their structure. 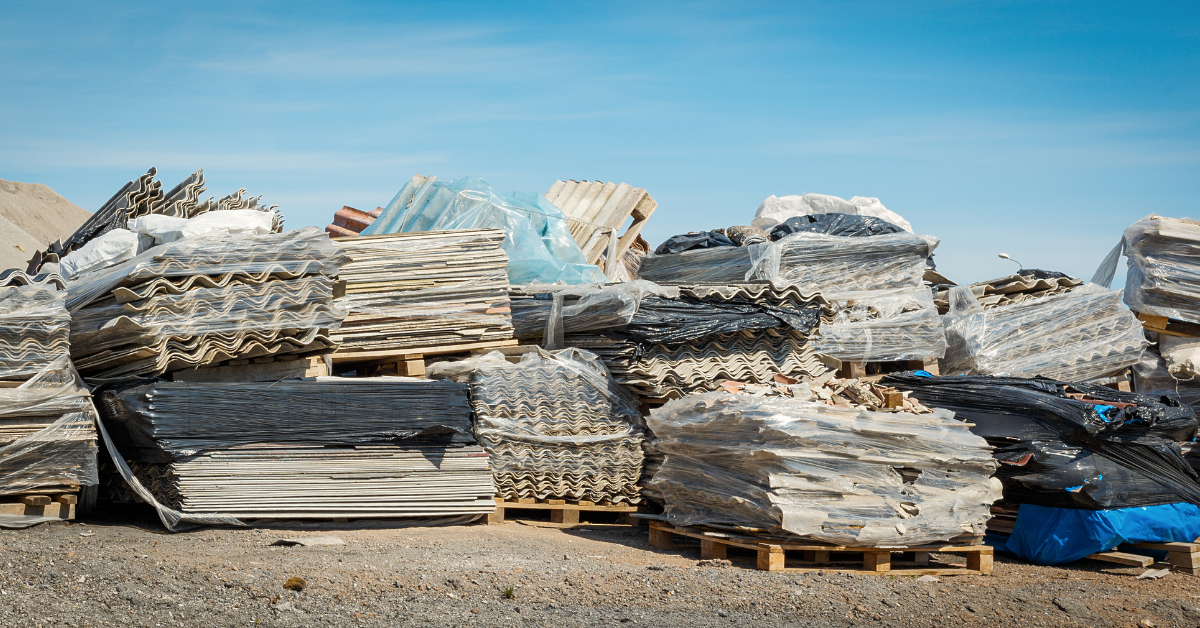 Dangers of Asbestos in the Workplace

If you work in an old building, odds are there’s something somewhere containing asbestos. The good news is that on its own, asbestos isn't dangerous unless a person has inhaled its fibers. However, it's impossible for a person to tell if there is in fact asbestos in the air.

People won't cough or sneeze like they would with smoke or toxic chemicals. You also can't feel it on your skin or throat. It’s a slow and silent killer. Exposure is dangerous because inhaling thin fibers can cause serious lung damage and diseases. Of note, people who spend time around it can develop lung cancer and mesothelioma.

The only legitimate way to detect asbestos in the workplace is to perform a survey by a certified inspector who best knows what materials are likely to contain asbestos. To determine if there is any airborne asbestos you need to do air monitoring.

Just because there's asbestos present, doesn't mean you have an asbestos problem. Again, asbestos is only harmful when it becomes airborne so through air monitoring you can determine the best course of action to address asbestos.

How to Know if Asbestos is a Problem in Your Workplace?

One of the top OSHA violations is a lack of proper respiratory protection. If an employee is operating an area with asbestos materials, then they need to have the proper protection to prevent lung disease.

Shortness of breath, a persistent cough, and chest pain are the major symptoms of asbestos exposure. But historically, by the time this disease is detected, the damage has already been done. For that reason, many employees take advantage of their access to the Internet and empower themselves with information before making a decision. However, a lot of the information accessible isn't reliable or necessarily relevant to the circumstances. Sometimes a cough is just a cough.

If an employee or stakeholder concerned with the IAQ of their workplace goes over your head and complains about asbestos to OSHA, they’ll send someone over to do an on-site inspection. If a violation has been found, OSHA will issue the employer a Citation and Notification of Penalty detailing what happens next. The employer will then have to take corrective action and send the Area Director notification of their action.

If an employee or stakeholder is concerned with the presence of asbestos in their workplace, the way that's remediated by OSHA isn't always effective. Customarily, their first action is to send a letter letting the business owner or manager know that there's been a complaint. Emergent issues will warrant an on-site inspection but only if it seems like there is a legitimate, serious safety concern. Asbestos isn't always their top priority.

In order to avoid a potential OSHA violation or an employee complaint, an employer can perform an asbestos survey to determine whether or not they are at risk of asbestos exposure.

An asbestos survey requires samples to be taken of suspect Asbestos-Containing Building Material (ACBM), which are then analyzed optically. A more definitive analysis can be conducted with a transmission electron microscope. If the materials are in good condition, they may be safely managed.

Risk assessments are always necessary before any big renovations or demolitions. This preventative measure helps avoid a worst-case scenario when you uncover asbestos while tearing down a wall. EPA regulations require that local educational agencies periodically inspect their school buildings for any asbestos-containing materials.

With a risk assessment, you’ll know whether you need to have the affected area repaired or removed. Repair involves sealing or covering the asbestos material, referred to as encapsulation. Removal is much more complex and makes a house unlivable or a workspace unworkable until all the damaged asbestos is gone. 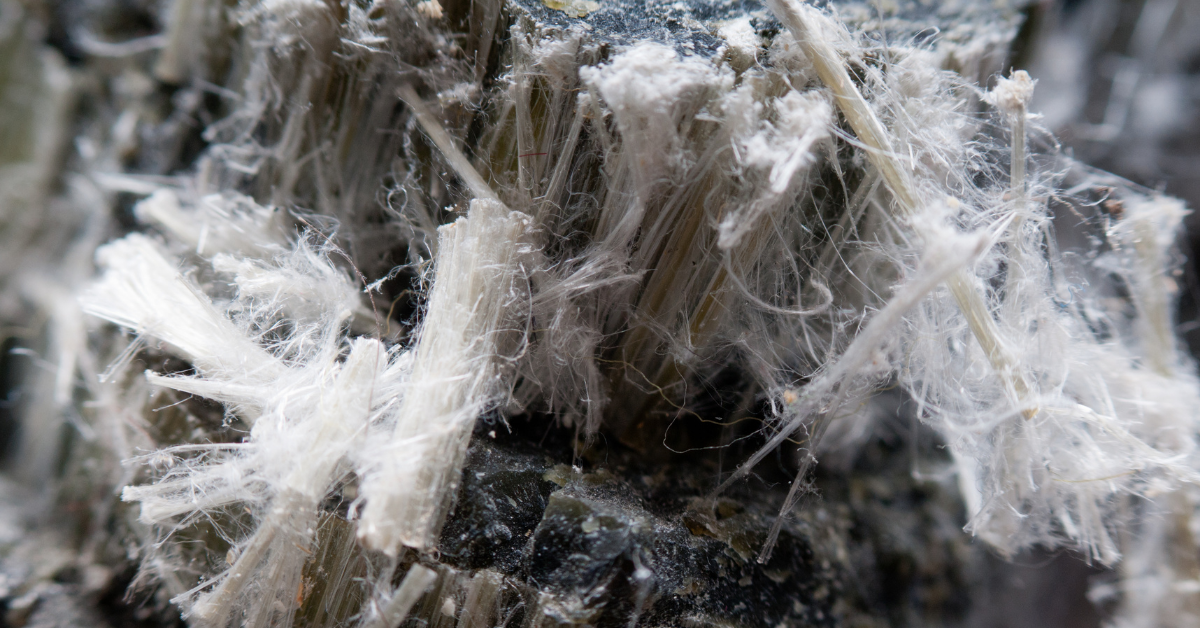 Asbestos in the workplace or a home can be a serious issue that should be addressed as soon as possible. In a perfect world, it's something you would deal with before even staffing a building, moving in, or beginning any renovation or demolition project.

The Lawson Group ensures workers' health and safety with services in OSHA compliance and hazardous materials management. We help schools, building managers, property owners, municipalities, construction teams, and architects address and mitigate their risk of asbestos exposure and other hazardous materials in buildings such as lead and mercury. Contact us to learn more.

Stress is a normal part of life but too much stress can have a huge impact on a person's physical...

Why Do I Need an Asbestos Survey for a Demolition or Renovation?

Asbestos was once frequently used in a wide variety of construction products because of its high...

What Health Problems Can be Caused by Poor IAQ?

The US Environmental Protection Agency reports that pollutants can be two to five times more...

Self-appreciation is an important step to loving yourself and being able to lead a happy and...