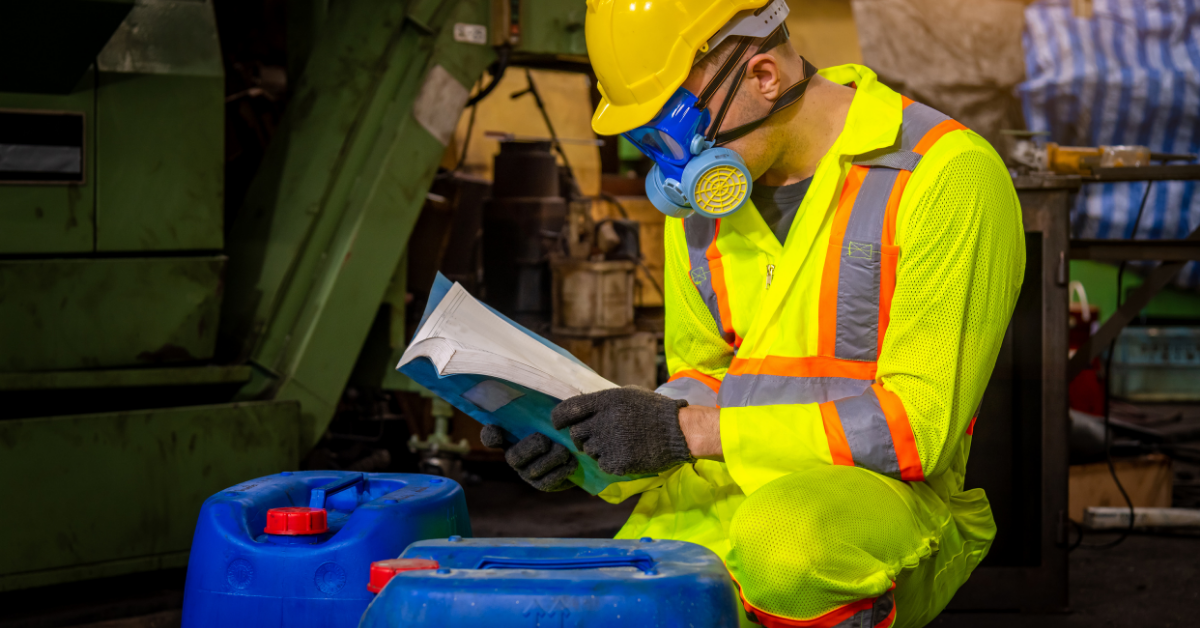 Many industries use hazardous materials in their daily operations. Chemicals of all sorts may be included in common raw materials where their presence is not obvious. Welding operations can produce a wide range of chemical exposures depending upon the type of welding or metal cutting being performed.

The same can be said for companies that fabricate things out of metal and the finishing materials they use. Even relatively clean operations like assembling electronic equipment use products or processes that could potentially be harmful. For example, a large number of chemicals can be found in common cleaning products used in office buildings, schools, hospitals, and the like.

OSHA is the principal government agency that regulates worker exposure to chemicals, however, several other countries and many professional organizations have developed guidelines for proposing safe levels of chemical exposure, which may be more relevant to your operations.

Here's everything you need to know about exposure to chemicals and your responsibilities as an employer.

The Definition of "Chemical Exposure"

There are several ways in which workers can be exposed to chemicals and these are commonly referred to as routes of exposure. Chemicals can contact the skin and eyes, or be inhaled. These types of exposure can have negative effects.

The prevalent route of exposure of concern and the one that OSHA pays the most attention to is exposure via inhalation. The degree to which a worker is exposed is measured against a standard or guideline that is based on the premise of an exposure that occurs as an average of over 8 hours per day, five days a week. This is always referred to as an 8 hour Time-Weighted Average (TWA), which we’ll dig deeper into later on.

Acute, or short-term (minutes or hours) chemical exposure may cause effects like eye, nose, and throat irritation, or coughing.

Chronic, or long-term (years or maybe even decades) at excessive levels of exposure may cause lasting effects like lung, liver, and kidney damage or even different types of cancer. 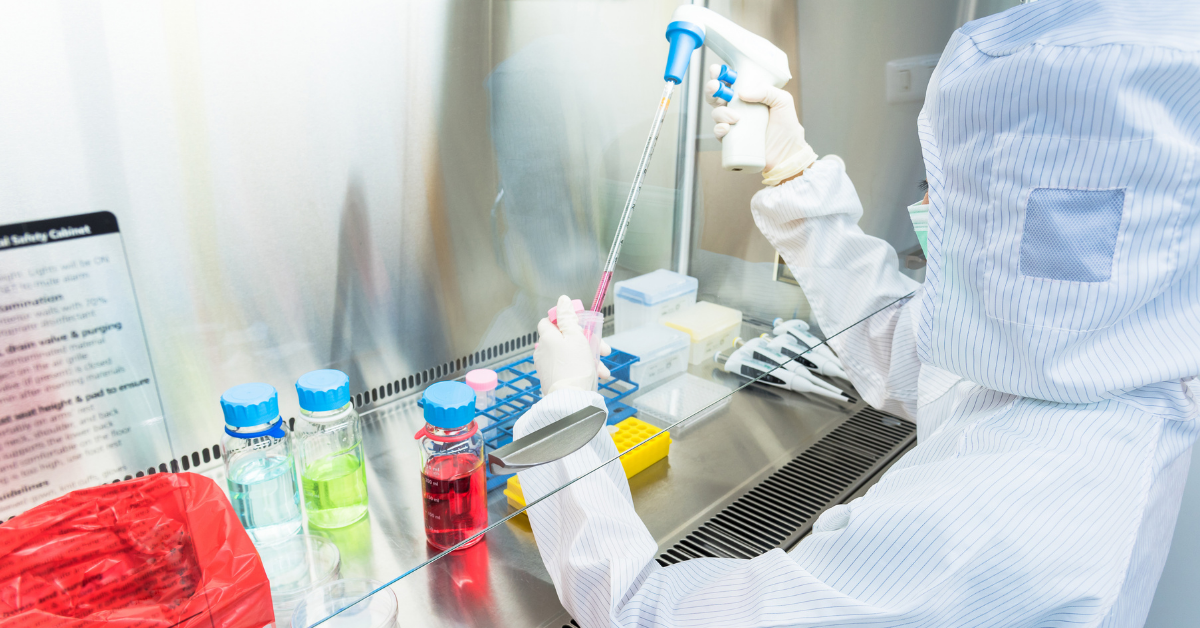 The most common complaint we receive from employers is that employees want to know if the chemicals they work with are harming them. They read labels and Safety Data Sheets (SDS) and see abundant warnings about hazards and are, rightfully so, concerned about their safety and well-being.

Suspicious odors may suggest to them that there is a problem because the odor is “new” or foreign to them. A simple rule of thumb regarding chemical odors is that just because you can smell them does NOT mean the levels are dangerous. However, many chemicals become dangerous when there is enough present so you can smell them.

Another complaint you'll see is regarding a lack of ventilation in an area or concerns that the ventilation is not doing its job.

The purpose of ventilation is to exhaust hazardous chemicals from the workplace.

However, left alone, ventilation systems may fall into disrepair or not work at certain times of the year when a building is more closed up than open and then there is the chance that the ventilation system was never designed correctly in the first place and is ineffective. This is the most common condition we observe.

There are some common terms when dealing with chemical exposure that you and your employees should know.

We’ve already mentioned the TWA, or time-weighted average. What TWA refers to is a method that’s used to calculate the daily exposure to hazardous substances workers are exposed to at their jobs. It's the largest amount or greatest concentration, on average, of a contaminant in the air that workers can be exposed to during an 8-hour work shift.

These contaminants include dust, mists, gases vapors, and fumes. Many of these can have harmful effects on workers and exposure monitoring should be conducted to assure that airborne levels are within regulatory limits and notable safe guidelines.

Similarly, Recommended Exposure Limits (RELs) are just that, exposure limits that are “recommended” by NIOSH the National Institute for Occupational Safety and Health.

The ACGIH is a scientific association that develops exposure guidelines for controlling occupational health hazards.

Their Threshold Limit Values (TLVs) refer to the acceptable amount of airborne concentrations of certain chemicals.

Part of monitoring exposure levels is through a Short-Term Exposure Limit (STEL). It's the average exposure an individual may be exposed to in a short period of time.

It is generally half of the 8-hour PEL, but not always. It is the exposure level at which an employer must implement a certain number of action items to make certain that their individuals are not encountering harmful effects of exposure.

If measured exposures are at or above the Action Level and still below the PEL, OSHA’s standards generally require activities such as exposure monitoring and medical surveillance.

Chemical Hazards in the Workplace

Most of the hazardous chemicals people encounter in their lives will be at their own industrial worksites. It's important to know the kind of chemical hazards you may encounter and how they can affect you.

Some of the hazardous chemicals found in the workplace include arsenic, lead, benzene, chromium, organic solvents, metals, and those chemicals may be present in formulated products so it is not “obvious” that there are chemicals present.

The most important aspect of deciding what to do about possible worker exposure to chemicals is to know what chemicals you are working within the first place and remember, they do not always come in bags, bottles, drums, cans, or jars.

A very simple example is this: Saw blades that can be “remanufactured” for sawmills may include the use of solder flux that contains cadmium when soldering teeth back onto the blade and those teeth may contain cobalt! It is possible to generate exposures to both cadmium and cobalt in the process of replacing teeth on the blade and it is certainly not obvious that the person doing that is being exposed to hazardous chemicals!

According to OSHA's Hazard communication standard, employers have a few main requirements if they use hazardous chemicals.

First of all, they need to establish a written Hazard Communication Program which delineates how the employer will comply with the following: 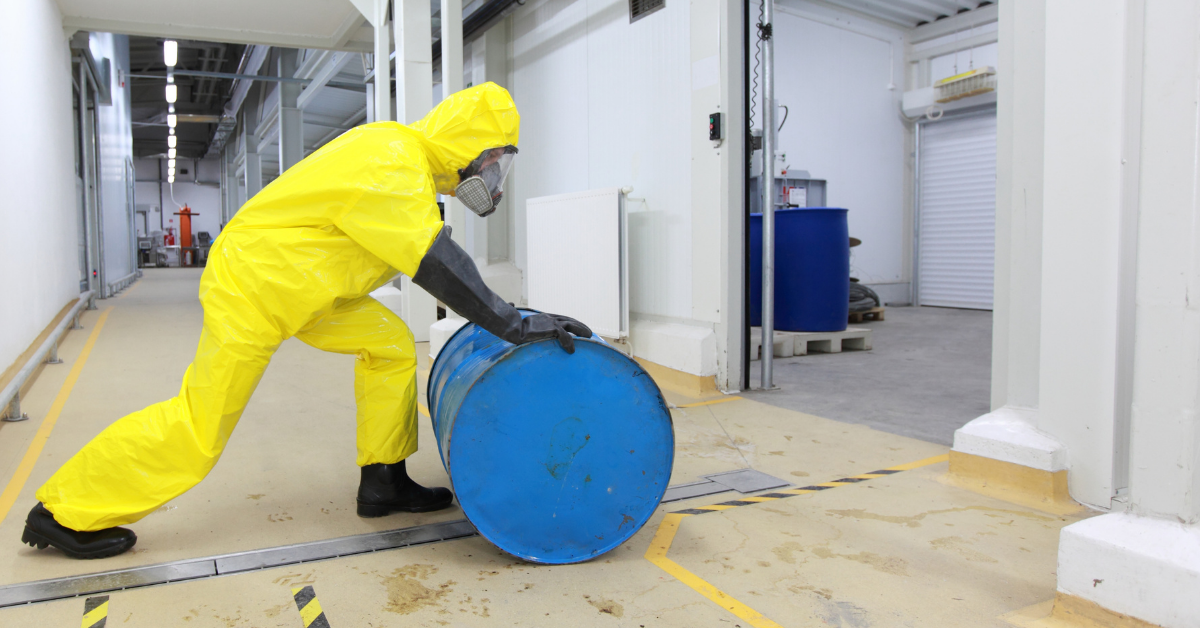 How Chemical Exposure Can Impact Your Business

Lack of an adequate Hazard Communication program could, first and foremost, lead to employee injuries from hazards they are not aware of or have not been properly trained to deal with.

That, in turn, could lead to employee complaints to OSHA, which would likely lead to an OSHA inspection.

The more significant potential “bad” outcome of an OSHA inspection is not the citations that may be issued and the penalties that would be assessed but the time and disruption to business to have to “fix” cited deficiencies in the time OSHA allows.

There is nothing worse than being up against a deadline that you have to meet for implementing a program that is currently deficient. It is also likely to cost more to meet the immediate demands of a citation deadline, as opposed to having made these investments in advance or taking the time to implement changes properly over time.

The steps to preventing serious exposures involve anticipating, recognizing, evaluating, and controlling the chemicals that have the potential to create the “worst” exposures in the first place.

Work practices, isolation of processes, the substitution of less harmful chemicals, ventilation, and possibly Personal Protective Equipment (PPE) are all control techniques that can be used to minimize exposure, once it has been established that there could be hazardous levels of exposure.

Protect Your Workers from Hazardous Chemicals

Working with chemical hazards comes with a very unique set of risks. Even some low or moderately hazardous chemicals can be dangerous from repeated exposure or if not used properly. If chemical injuries do occur, you may be looking at workers' compensation claims as well as the potential for an OSHA inspection with its own consequences.

The Lawson Group helps provide consultation for OSHA compliances, hazardous materials management, and more. We also conduct training and host events to promote safety in the workplace. Contact us to learn more about how we can help your employees avoid chemical exposure at work.

Stress is a normal part of life but too much stress can have a huge impact on a person's physical...

Why Do I Need an Asbestos Survey for a Demolition or Renovation?

Asbestos was once frequently used in a wide variety of construction products because of its high...

What Health Problems Can be Caused by Poor IAQ?

The US Environmental Protection Agency reports that pollutants can be two to five times more...

Self-appreciation is an important step to loving yourself and being able to lead a happy and...